March 29, 2020 – The secondary analysis suggests that for patients with atrial fibrillation on oral anticoagulation with a recent acute coronary syndrome and/or percutaneous coronary intervention, the use of aspirin for up to 30 days results in an equal tradeoff between an increase in severe bleeding and reduction in severe ischemic events.

A recent DCRI analysis explored the risk of increased bleeding and benefit of reduction in ischemic events with apixaban versus vitamin K antagonist (VKA) and aspirin versus placebo in patients with atrial fibrillation and a recent acute coronary syndrome (ACS) and/or percutaneous coronary intervention (PCI). 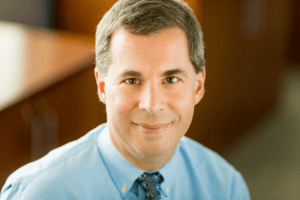 The analysis was a secondary analysis of data collected in AUGUSTUS, an international trial in which patients were randomized to receive either apixaban or VKA and either aspirin or placebo. The study was presented Sunday by the DCRI’s John Alexander, MD, MHS, as part of the first-ever virtual American College of Cardiology’s and World Congress of Cardiology’s Scientific Sessions 2020 in Chicago. Results were also published simultaneously in Circulation.

“These findings provide valuable, evidence-based information to help clinicians and their patients with atrial fibrillation on oral anticoagulation make shared, patient-centric decisions when considering antithrombotic therapy after an ACS and/or PCI,” Alexander said.

The DCRI’s Renato Lopes, MD, PhD, who was primary investigator of AUGUSTUS, agreed. “This 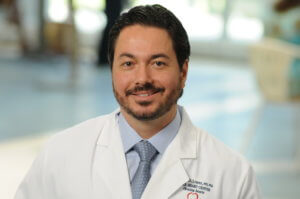 analysis builds on the original findings of AUGUSTUS, which suggested for most patients less is more when it comes to treating this challenging clinical scenario of AF and ACS/PCI,” he said. “Now, we have additional data to inform decision making. We can see a clear difference in risk and benefit before and after the 30-day mark, which should help physicians and patients decide when to stop aspirin therapy.”