A new global metric developed to assess the performance of sites that conduct transcatheter aortic valve replacement (TAVR) surgeries revealed wide variability among sites in the quality of TAVR outcomes.

The results were presented as late-breaking science as part of the 2020 ACC Scientific Sessions. The study was led by Nimesh Desai, MD, PhD, and David Cohen, MD, MSc, of University of Missouri-Kansas City. The study used data from the STS/ACC TVT Registry and was performed by the TVT Registry Analytic Center at the DCRI. The DCRI’s Sreekanth Vemulapalli, MD, serves as the lead clinician and the co-principal investigator for the TVT Registry Analytic Center, and the DCRI’s Sean O’Brien, PhD, also contributed to this study.

Traditionally, if a patient experiences multiple adverse events in the 30 days after TAVR, each event is weighted equally.  However, the investigative team understood that patients value different procedural complications differently. Using data from the TVT Registry that documented the impact of each complication on patient quality of life, the team worked to develop and internally validate a novel ranked composite risk metric that included stroke, major bleeding, stage III acute kidney injury, and moderate or severe paravalvular leak.  For a patient experiencing multiple adverse events in the first 30 days after TAVR, this metric notes the most severe endpoint, as determined by impact on patient quality of life. 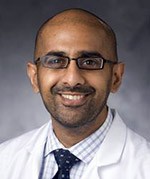 “Developing this metric was critical because we now have a more complete picture of patient outcomes after they receive TAVR, from the perspective of those outcomes that most impact patient quality of life,” Vemulapalli said. “This model has also shown us that more than 10 percent of the sites participating in the STS/ACC TVT Registry would benefit from additional support in how to administer high-quality care for TAVR patients.”

The DCRI’s Pratik Manandhar, MS, also contributed to this study.