January 8, 2018 – The progression to Alzheimer’s disease (AD) can be more accurately predicted in patients by incorporating longitudinal profiles of multiple clinical and neuroimaging markers in addition to the baseline information, say researchers.

In a recent study published in Alzheimer’s & Dementia, the official journal of the Alzheimer’s Association, researchers describe how novel statistical models could improve the prediction of progression-free survival in mild cognitive impairment (MCI) patients using multiple markers, all of which can be easily collected in a clinical setting. 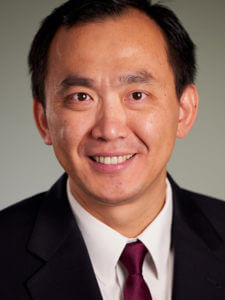 “We have a burgeoning prevalence of AD because of the increasing number of people age 65 and older in the United States,” said Sheng Luo, PhD, senior author of the report and corresponding author of the study. “Given that the number of new cases of Alzheimer’s and other dementias is projected to soar and the lack of modifying treatments for the disease, the question that we wanted to ask in this manuscript was how do we characterize the progression of AD for early detection and intervention in patients with MCI,” he said.

Alzheimer’s–a general term for memory loss and other cognitive abilities severe enough to restrict daily life–is the most common form of dementia, accounting for 60 to 80 per cent of dementia cases. The number of Americans living with Alzheimer’s disease is growing with an estimated 5.5 million Americans living with Alzheimer’s disease and dementia in 2017. Many patients with MCI will go on to develop AD.

Using data from the Alzheimer’s Disease Neuroimaging Initiative (ADNI) study, Luo and his team assessed the combined prognostic value of longitudinal neurocognitive tests measured over time during a patient’s regular visit, as well as neuroimaging, genetics, and cerebrospinal fluid (CSF) markers in determining the risk of AD conversion among individuals with MCI. According to the researchers, the ADNI data was very well suited for the tasks because of its large sample size, long follow-up period, wide breadth of cognitive markers and biomarkers, and prospective design.

The researchers used the weighted combination of historical information of five neurocognitive longitudinal markers that are routinely collected in observational studies to develop their prognostic model. The comprehensive validity analysis provided solid evidence of the usefulness of the model for predicting AD progression.

According to Luo, the benefit of having a better prognosis of developing AD are manifold in the sense that it will not only help a patient’s caring clinicians better direct their targeted therapies and treatments to slow down the progression of the disease but also allow patients with a high chance of developing AD to be more proactive in making important physical and mental lifestyle changes.

“The main contribution of the study is that it can be used not only as a valuable prognostic tool but can also prove helpful to the research community at large where they can use this particular tool in their current datasets,” said Luo. “Also, for clinical trials, this prognostic tool can be helpful in identifying subjects likely to develop AD in the timeframe of the trial,” he said.

According to Luo, their method can also be applicable to many other neurodegenerative disorders with similar disease and data structures and multiple longitudinal variables such as Parkinson’s Disease, Huntington’s Disease and amyotrophic lateral sclerosis (ALS, also known as Lou Gehrig’s disease).

“If you apply this particular methodology to other studies of different diseases you can derive similar prognostic tools with slight modifications,” he said.

In addition to Luo, other co-authors include Kan Li, Richard O’Brien, and Michael Lutz. The study was supported by the National Institute of Neurological Disorders and Stroke.