April 5, 2018 – The therapy is based in part on earlier research conducted by Duke researchers.

After decades pioneering treatments for Pompe disease, Duke Health and DCRI researchers have developed a gene therapy they hope could enhance or even replace the only FDA-approved treatment currently available to people with the rare, muscle-crippling disorder.

The experimental therapy uses a modified virus to deliver a gene to the liver, where it produces GAA, an enzyme missing in people with Pompe disease. The method was tested in mice, as described in a study published in 2017 in the journal Molecular Therapy – Methods & Clinical Development.

Researchers are currently screening adults with late-onset Pompe disease as they prepare for a phase I clinical trial to test the safety of the treatment in 20 people with the condition. The trial will be funded by the National Institute of Arthritis and Musculoskeletal and Skin Diseases, with support from the National Center for Advancing Translational Sciences. Both agencies are part of the National institutes of Health. The team also received support from the Duke Clinical & Translational Science Institute.

Pompe disease is an inherited condition that affects approximately 1 in 20,000 babies and can also appear in adulthood. Without the enzyme GAA, bodies can’t metabolize the sugar glycogen. As a result, glycogen builds up in the muscles, leading to degradation of the tissue. If undiagnosed and untreated, it can lead to respiratory problems, heart failure and death. 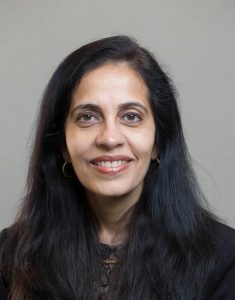 “The outlook for Pompe disease is much improved since enzyme replacement has become available — it can reverse involvement of the heart and prolong survival,” said Dwight Koeberl, MD, PhD, professor of pediatrics and a medical genetics specialist at Duke who developed the new therapy.

The enzyme replacement therapy (ERT), developed using foundational research from Duke, was heralded as a breakthrough for an orphan disease in 2006, and was dramatized in the major motion picture “Extraordinary Measures.”

“But not everyone responds to this treatment,” Koeberl said. “Many patients make some antibodies, and this can really interfere with treatment. Some infants still die from Pompe disease. Others have to add immune suppression to their treatment, which can lead to other complications. Gene therapy could help these patients.”

In the research published in 2017, the Duke-led research team found that a single small dose of gene therapy was as effective as ERT in clearing the buildup of glycogen from the muscles in mice. A larger dose offered superior results to ERT.

The gene therapy uses an inactivated form of adeno-associated virus, which does not cause illness and has been used as a delivery system for hemophilia B and muscular dystrophy treatments, among others, Koeberl said.

The emerging gene therapy is just the latest development for a team of scientists at Duke that has been working for three decades to study the causes and potential treatments for glycogen-storage diseases and specifically Pompe.

“When we enter our careers in the field of genetics, we are faced with the many unmet needs for patients with rare diseases,” said the DCRI’s Priya Kishnani, MD, chief of the medical genetics division at the Duke University School of Medicine. “Before enzyme replacement became available for Pompe disease, we would continue to give parents bad news — take your beautiful baby home; he or she will die within their first year of life. I knew we had to do something about this.”

Kishnani has researched Pompe for 25 years, beginning under prominent geneticist Y.T. Chen, the previous chief of the medical genetics division at Duke. In the 1990s and 2000s, Chen and Kishnani worked with biotech firm Genzyme to develop ERT and lead clinical trials.

Since then, Kishnani and dozens of other Duke physicians have been national leaders in Pompe disease, continuing to research the condition, improve the delivery of ERT, manage immune responses to the drug and improve genetic counseling for families.

The Duke team has also helped develop a blood test to diagnose Pompe and a biomarker to monitor severity of the disease and patients’ response to treatment. For nearly 10 years, Kishnani has led a group of physicians to advocate nationally for universal newborn screening, which became a formal recommendation of the U.S. Department of Health and Human Services in 2015. The team’s next step is to develop small molecule or oral drugs that could suppress the buildup of glycogen in the muscles.

“There’s a rich heritage of expertise on glycogen storage disease at Duke, spanning about 40 years,” Kishnani said. “We have continued to grow from the era of cloning genes to developing animal models, to collaborating with pharma to conduct clinical trials here at Duke. I think we have come full circle, from bench to bedside and back to the bench in every aspect of the disease.”

Disclosures: Koeberl developed the technology that is being used in the clinical trial of gene therapy. If the technology is commercially successful in the future, the developers and Duke University may benefit financially. Koeberl has received research and grant support from Sanofi Genzyme Corporation in the past, and the rhGAA (enzyme replacement agent) used in the development of the experimental therapy was supplied by Sanofi Genzyme. Koeberl and Kishnani hold equity in a company that will manufacture the gene therapy.