November 6, 2018 – The DCRI and the Duke University School of Nursing will collaborate on the phase III trial.

When patients with sickle cell disease arrive at a hospital emergency department (ED), they are often in significant pain from an acute vaso-occlusive episode (VOE), a common complication of sickle cell disease. With no standard treatment approach in most EDs, patients are likely to receive doses of pain medication that are highly variable. This results in pain treatment that patient surveys frequently describe as inadequate.

Sickle cell disease is a group of inherited red blood cell disorders in which patients have an abnormal protein in their red blood cells that can cause a range of serious symptoms and complications. It is a lifelong illness, although its severity varies widely from person to person. 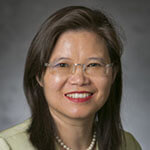 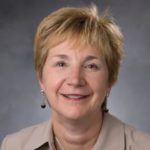 w study led by the DCRI and the Duke University School of Nursing, is designed to determine whether an individual patient-based analgesic protocol would provide greater relief than a protocol based on the patient’s weight. The study was recently funded by two companion grants from the National Heart, Lung and Blood Institute, which is seeking to test recommendations for VOE treatment that it issued in 2014.

“VOE pain can be sudden, excruciating, and unpredictable,” said Huiman Barnhart, PhD, principal investigator for the DCRI’s data coordinating center for COMPARE-VOE (pictured left). “With no standard approach to managing this pain in the emergency department, the variability in practice means pain is often managed sub-optimally. The primary goal of this study is to improve patient-reported pain scores between their arrival and departure from the ED.”

A major challenge in conducting such a trial is the ED setting – most patients are in too much pain to provide informed consent. Because of this logistical difficulty, patients will be randomized beforehand during a routine clinic visit; if they later visit the ED for a VOE, their assigned protocol will be immediately available to ED healthcare providers. While patients will be told what pain medication they are taking, they will not know their assigned protocol.

COMPARE-VOE is a phase III randomized clinical trial based on a pilot study recently completed by the School of Nursing. The earlier trial determined that the patient-specific protocol had greater pain reduction than the weight-based protocol. Patients also experienced fewer side effects from opioid dosing, and were admitted to the hospital less often when using the patient-specific approach. Those findings, however, were limited to two sites.

“The emergency setting adds a lot of complexity,” said Paula Tanabe, PhD, professor at the School of Nursing (pictured right). Tanabe led the pilot study and is the principal investigator for COMPARE-VOE’s clinical coordinating center.

“Each participating ED has to have a strong research infrastructure with ED physicians and hematologists who are willing to participate, and, of course, the ED is a very busy place. Fortunately, by randomizing patients ahead of time with a set of criteria, their treatment plan is already in place.”

The patient-specific approach is determined through an algorithm that allows for dose variation according to what patients require rather than their weight. Most study data will come directly from patients in the ED; they are given a scale of 0-100, and can mark a spot on a ruler to rate their pain at the start and the finish of their visit, according to Tanabe.

“If this trial confirms those initial findings that a patient-specific approach is superior to one that is weight-based, we hope to be able to definitively recommend the most effective way to treat sickle cell disease patients in the emergency department,” Barnhart said.