February 11, 2019 – While cardiovascular safety remains an important consideration, evidence generated over the last decade shows that medications used for diabetes are relatively safe and often reduce cardiovascular risk, and they need an easier approval process in order to provide the most benefit for patients with diabetes.

While assuring cardiovascular safety of medications used to treat diabetes remains important, current FDA requirements for proving this safety could be revisited in light of evidence that has emerged over the last decade, say the authors of a recent paper published in Circulation. 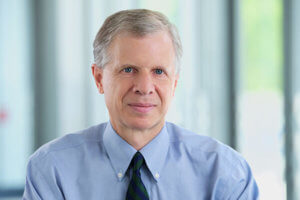 The paper shares takeaways from a February 2018 DCRI Think Tank, which convened representatives from academia, industry, regulatory agencies, and the NIH to consider guidance issued by the FDA in 2008 on glucose-lowering therapies. Under this guidance, glucose-lowering therapies cannot receive approval until evidence is provided that the therapies do not increase risk of major adverse cardiovascular events. This evidence is typically generated through cardiovascular outcomes trials, many of which have been completed since the guidance was issued. Attendees to the DCRI Think Tank, which was chaired by the DCRI’s Christopher Granger, MD (pictured left), and the BHF Glasgow Cardiovascular Research Centre’s John McMurray, MD, considered the guidance and its current relevance in light of the findings from many of these trials.

None of the cardiovascular outcomes trials completed since 2008 have demonstrated increased risk in traditional cardiovascular outcomes (a combination of cardiovascular death, non-fatal heart attacks, and non-fatal strokes) leading to discussion about whether the FDA requirements currently in place for glucose-lowering therapies may be modified for future studies. The cost of these trials can be prohibitive, which has resulted in “concern from the pharmaceutical industry that this enormous investment might act as a disincentive to the development of new treatments and thus lead to fewer options for patients with diabetes,” the paper’s authors write.

However, without the mandates for cardiovascular outcomes trials, the field would not have had the investment that has led to discovery that some of the newer glucose-lowering therapies are not only safe, but they have clear and compelling cardiovascular benefit for patients. These discoveries have already begun to change clinical practice and, in addition, have led to new trials studying potential benefits of these drugs in patients with heart failure and with advanced chronic kidney disease. One example of this kind of trial is EMPA-Kidney, for which the DCRI’s Jennifer Green, MD, serves as a principal investigator.

The paper’s authors strike a balance between these considerations by recommending greater flexibility in the FDA requirements in certain situations. Their recommendations include requiring at least one cardiovascular safety outcomes trial, conducting trials for longer durations, considering studying glucose-lowering therapies as first-line management of type 2 diabetes, and evaluating active drugs in head-to-head studies trials.

The paper also provides other recommendations, such as using pragmatic approaches to reduce the costs of cardiovascular outcomes trials, or gathering evidence through other methods like registries, which can ensure longer follow-up and may be more reflective of real-world clinical practice. Greater diversity is also needed in these trials, which could be achieved through mandating a certain percentage of underrepresented populations, or through expanding inclusion criteria for trials.

“As we approached a decade of implementation of this FDA guidance, it was important for us to gather stakeholders with diverse perspectives to discuss whether this guidance’s applicability now that we have generated more evidence,” McMurray said. “We made great headway in our discussion and produced recommendations that will help guide a more individualized approach in determining the safety and efficacy of each new glucose-lowering therapy.”

“The cardiovascular outcomes trials that have been completed over the last 10 years have added a lot of exciting new evidence to the field, which provided for a robust discussion at our think tank,” Granger said. “In addition to re-considering what the FDA guidance should require and how it should be applied to new glucose-lowering therapies, we need to implement these new findings into clinical practice to improve patient outcomes.”

“As we move forward from this discussion, another thing to consider will be the use of electronic health records and other technologies to help reduce the burden of cardiovascular outcomes trials in this space,” said former DCRI fellow Abhinav Sharma, MD, PhD (pictured right) (currently an assistant professor of medicine at McGill University, Montreal, Canada), who served as lead author for the paper. “While these methods need further research to validate their reliability, they do provide exciting potential to capture outcomes in a cost-effective manner.”