January 9, 2019 – In a commentary published in Health Affairs, seven former FDA Commissioners call for the FDA to evolve into an independent federal agency in order to better support its core missions, foster efficiency, and remove administrative roadblocks. 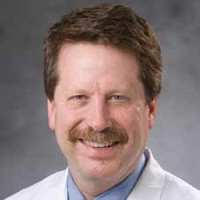 A commentary authored by seven former Commissioners of the U.S. Food and Drug Administration (FDA), including the DCRI’s Robert Califf (pictured) and Mark McClellan from the Duke Margolis Center for Health Policy, calls for a series of steps that would transition the FDA from beneath the umbrella of the Department of Health and Human Services and establish it as an independent federal agency. Published in the January issue of Health Affairs, the article makes the case that such changes are needed to better leverage science and technology in support of public health and safety while also fostering therapeutic and technological innovation and transparent decision-making.

Citing the agency’s track record and its very full plate — the FDA’s oversight currently encompasses trillions of dollars’ worth of medical products, drugs, food, cosmetics, and more — the authors predict that the FDA’s reconfiguration as an autonomous entity will enable it to better fulfill its increasingly multifarious and challenging efforts to “promote and protect” the health of the American public.

The authors were convened by the Health, Medicine, and Society Program of the Aspen Institute, an international nonprofit think tank that brought the former commissioners together to probe the issue of the FDA’s organizational relationships and decision-making authority within the larger architecture of the Department of Health and Human Services. Drawing upon decades of collective experience spanning both Republican and Democratic administrations, the former commissioners have chalked out an interim pathway to independence through a series of recommendations to HHS. The authors acknowledged the magnitude of the legislative and logistical efforts their recommendations would require, but noted that they deem the change necessary to further strengthen and fortify the FDA to fulfill its mission in coming years.