June 6, 2019 – Investigators were unsure how they would use genetic information to choose treatment choices, then often failed to follow through on their pre-stipulated plan to use this information.

Since 2010, the FDA has recommended that patients treated with clopidogrel undergo genetic testing to determine whether they have reduced metabolizer status. In these patients, certain enzymes that are important in metabolizing clopidogrel are less active, which makes it difficult to activate the drug and increases risk of cardiovascular events. However, findings from the DCRI recently published in JAMA Cardiology suggest that physicians are evenly split on how to incorporate results from this testing into decisions they make in clinical practice. 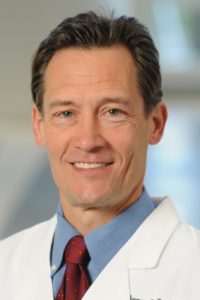 The DCRI’s Thomas J. Povsic, MD, PhD (pictured), led a secondary analysis of a clinical trial that tested the safety of low dose rivaroxaban versus aspirin in addition to one of two P2Y12 inhibitors, clopidogrel or ticagrelor. For many clinical trials that involve clopidogrel, the FDA mandates that patients undergo the recommended genetic testing, with results reported to the investigators.

Investigators involved in the trial were asked whether they would use the test results to inform their decision to switch a patient’s P2Y12 inhibitor. The field of investigators was evenly split on their responses.

The results also showed inconsistencies between the investigators’ responses to this question and the actual treatment paths pursued. Of patients who were treated with ticagrelor, only one patient was switched to clopidogrel—despite the fact that investigators had said they would switch 93 patients based on their test results. Investigators had said they would make the decision to switch 27 of the patients who were treated with clopidogrel and who tested for reduced metabolizer status, but in the end, less than half (13) patients’ treatments were switched.

“We wanted to understand how the information provided by the testing affects physician behavior,” Povsic said. “What we found is that it really did not have an impact. Not only were investigators unsure at the beginning of a trial whether they would use the information to inform decisions, but they also were inconsistent with what they had originally said before they got the information. Even when investigators have the data, they are using the information less than a third of the time in reduced metabolizers on clopidogrel.”

Of the 3,037 patients enrolled in the trial overall, 24 had their P2Y12 inhibitor switched based on the provided genetic information.

“Although the FDA requires testing around this issue, our results show that only a small number of patients are actually impacted by the test results,” Povsic said. “Until we have clinical trial data that tells investigators the right approach to take or that genetic testing leads to improved patient outcomes, the evidence suggests that physicians will be hesitant to let this information influence their treatment decisions.”