Iron deficiency – which occurs in around one-half of these patients – is an independent predictor of mortality. Two earlier trials had found that intravenous iron increased exercise capacity and quality of life in this population. The utility of inexpensive, readily available oral iron supplementation in heart failure was unknown. 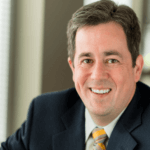 The JAMA paper reports on the findings from a randomized, double-blind study known as the Oral Iron Repletion effects on Oxygen UpTake in Heart Failure (IRONOUT HF) trial. This investigated the effect of oral iron polysaccharide (150 mg twice daily) compared with matching placebo. Involving 225 patients at 23 U.S. sites between September 2014 and November 2015, IRONOUT HF was an NIH-sponsored multi-center trial.

The JAMA paper concluded that high-dose oral iron minimally repleted iron stores and did not improve exercise capacity in patients with heart failure with reduced left ventricular ejection fraction. The study findings do not support the use of oral iron supplementation to treat iron deficiency in these patients, say the authors.

“We are still trying to find the most straightforward approach to improving the health of patients with chronic heart failure,” said co-author Adrian F. Hernandez, MD, MHS, director of Health Services Outcomes Research at the DCRI. “Unfortunately in this study, we learned that oral iron therapy is not sufficient to improve anemia and ability to exercise in these patients. Intravenous iron supplementation may be more helpful, and is being investigated in a newly-launched large outcomes study called HEART-FID.”

Aimed at enrolling more than 3,000 adult patients across North America, HEART-FID will assess the efficacy and safety of iron therapy using intravenous ferric carboxymaltose, relative to placebo, in the treatment of patients with heart failure, iron deficiency and a reduced ejection fraction. Outcome measures will include the 12-month rate of death, hospitalization for worsening heart failure, and the six-month change in six-minute walk test for patients in heart failure with iron deficiency.