June 19, 2018 – The award will fund the network for an additional eight years.

The DCRI’s Pediatric Trials Network (PTN) team has been awarded $96 million by the National Institute of Child Health and Human Development (NICHD) to design and lead pediatric trials over the next eight years. 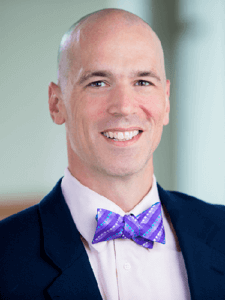 An alliance of several of the country’s preeminent pediatric experts and medical centers, the PTN was founded in 2010 with a $95 million grant from the National Institutes of Health (NIH) and conducts the majority of the DCRI’s pediatric clinical trials, studying the formulation, dosing, efficacy, and safety of off-patent drugs and medical devices used in pediatric patients.

“Over the last eight years, we have been able to conduct 26 clinical trials in 13 different therapeutic areas enrolling over 8,000 children, which is more than triple the scope of work that was outlined in the initial NIH contract,” said Daniel Benjamin, Jr., MD, PhD, principal investigator and chair of the PTN.

Benjamin was the original awardee of the NIH contract in 2010. He and the PTN’s program manager, Gary Furda, helped secure the second award for an additional eight years. Additional DCDRI faculty supporting the contract include Christoph Hornik, MD; Kanecia Zimmerman, MD; and Michael Cohen-Wolkowiez, MD, PhD.

“Danny and his primary supporters on the faculty side are outstanding in what they do and their passion for improving the health of children is unmeasured,” said Taylor Nguyen, a senior business development associate at Duke who was part of the grant-writing group. “The incredible results that the PTN team has produced over the course of the last eight years are largely due to their commitment and passion and how they go above and beyond in the work they do.”

“In the first eight years of the PTN, we were able to transform neonatal and obesity trials,” Benjamin said. “Over the next eight, we will have people rethink the way drug studies are done for breastfeeding women and mental health for children.”

Benjamin intends for the PTN to lead the way in revolutionizing the way clinical trials are conducted in children.

“We will continue designing larger trials and make these large trials more efficient,” he said. “With all the operational excellence at the DCRI, the junior and mid-career faculty, and our very determined staff at the PTN sites working together round the clock in various capacities and doing exceptional work for the network, no goal is big enough.”