March 24, 2020 – Representatives of the DCRI and Duke Forge contributed to a paper that recommended the NIH strengthen its data sharing requirements, beginning by requiring sharing of clinical trial data.

The paper was written in response to the NIH’s recently released update to its data sharing policy, which the agency is in the midst of finalizing. Although the draft policy is “generally supportive of data sharing,” the authors write that it needs to be stronger to truly achieve the goals of open science with data that is Findable, Accessible, Interoperable, and Reusable (FAIR). The authors of the paper share concern that the NIH policy does not set a minimum standard or timeframe for data sharing, which could allow researchers to withhold data that needs to be shared.

implementing any data sharing policy, the paper’s authors suggest that the NIH begin with requiring sharing of clinical trial data. “While it would advance the entire research enterprise, mandatory data sharing would have perhaps its broadest and most immediate impact on clinical trials, where sharing of participant-level data will not only accelerate discovery but would also meet the ethical imperative to honor trial participants’ assumption of personal risk by maximizing the potential scientific value of the data,” they write. “…A phased program beginning with mandatory sharing of clinical trial data, with expansion to other types of data as standards and best practices around data stewardship emerge, seems wise.” Meanwhile, the paper recommends, the NIH should continue to support efforts to expand the current infrastructure and address technical and policy challenges to effective FAIR data sharing through tactics such as data management and alignment for reuse of data. 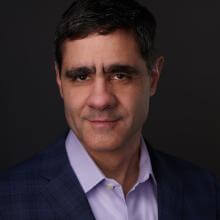 Data sharing is so important, the authors argue, because it can lead to successful open science efforts such as the Human Genome Project. In order to incentivize clinical researchers to prioritize data sharing, the authors suggest that the NIH score each new funding proposal on its data sharing plan, with scores affecting the overall funding decision. By “making funding contingent on data sharing,” the authors write, the NIH will help in “re-aligning researcher behavior with core values of scholarship.” Once data sharing becomes more prevalent across the research enterprise, both researchers and the public will see the benefits.