December 18, 2019 – The survey focused on invasive cardiac care and measured patient knowledge, goals, and concerns related to these procedures.

Findings from a survey conducted by researchers at the DCRI sheds new light on how age plays a role in invasive cardiac care and further emphasizes the need to take individual patient preferences into account when determining a treatment plan.

The study, which was led by DCRI Fellow Michael Nanna, MD, and recently published in the American Heart Journal, surveyed 628 patients hospitalized with acute coronary syndrome. This group included 373 patients younger than 75 and 255 patients who were 75 or older.

The survey sought to determine:

Prior to this survey being conducted, systematic studies of the knowledge, beliefs, and preferences of older patients as these factors relate to invasive cardiac care had been lacking. There had also been no quantitative assessment of risk tolerance for this type of care.

The survey found that when compared with younger patients, older patients had less knowledge of acute invasive cardiac care and were less willing to consider cardiac catheterization, percutaneous coronary intervention, and coronary artery bypass grafting (CABG). However, even in the older group, the majority of patients were willing to consider cardiac catheterization.

Even when they indicated they would not be willing to consider surgery, many patients across both groups did end up having a procedure done. Nearly half of those who wouldn’t consider cardiac catheterization did have the procedure, and 22 percent of patients who originally answered no underwent percutaneous coronary intervention or CABG.

To measure risk tolerance, the study team measured the patient’s highest risk prior to changing his or her preference away from CABG, a measure called a standard gamble score. Older patients were found to have lower risk tolerance (a median of 1 percent) than younger patients (a median of 20 percent). 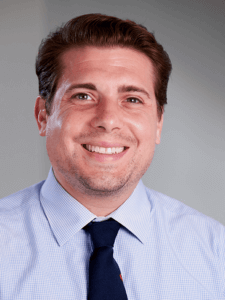 Both groups were concerned about the potential of death associated with invasive surgery, but other concerns varied between younger and older patients. For example, older respondents cited losing mental capacity as their top concern.

“These survey results are illuminating because they reveal the goals, concerns and priorities of older adults as they seek cardiac care later in life,” Nanna said. “While high quality evidence supports revascularization to improve chances of survival and quality of life, we know that one size does not fit all and that individualized treatment plans are important, especially when older adults were not included in many of the evidence-generating studies. Efforts to decrease the knowledge gap for older adults in regard to cardiac surgery have been successful, but more work can be done to ensure we are all well informed as we work together in shared decision-making.”