January 29, 2020 – Neither prescription volume nor approval rates for PCSK9 inhibitors increased following the release of results from two large outcomes trials that demonstrated safety and effectiveness of this novel therapy.

A new study from the DCRI demonstrates continued challenges for the adoption of PCSK9 inhibitors for patients who need additional lipid-lowering therapy beyond statins.

The study team, which recently published its findings in Circulation: Cardiovascular Quality and Outcomes, analyzed electronic health record and pharmacy claims data from the Decisions Resources Group database. The study included more than 60,000 patients who had at least one prescription for a PCSK9 inhibitor between August 2015 and April 2018.

Of these more than 60,000 prescriptions, nearly 54 percent were approved within 60 days. Prescriptions approvals were more likely to occur for women, as well as patients who had government insurance, were seen by a cardiologist, or had a secondary prevention indication.

Prior to the publication of results from FOURIER and ODYSSEY, two major trials that involved PCSK9 inhibitors, many providers and payers claimed to be waiting for these findings before approving and prescribing PCSK9is in larger volumes. Although results from both trials supported use of PCSK9 inhibitors, the study team found that neither prescription volume nor approval rates for increased following the trial results, suggesting that “lack of outcomes data was neither a primary driver of clinician treatment inertia nor payer utilization management policies,” the paper’s authors write.

The authors also consider other reasons for the lack of uptick in prescription and approval rates. They suggest that payers may need more time to adjust their payer contracts and benefit plans in response to trial data, or that perhaps the results from the two trials were not impactful enough to lead to shifts in provider and payer behaviors. 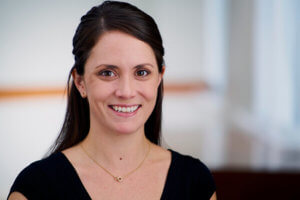 In addition to Navar, the DCRI’s Eric Peterson, MD, MPH, contributed to this study. The DCRI’s Hillary Mulder, MS, and Daniel Wojdyla provided support for the statistical analysis.