March 30, 2014 – Researchers determined that the proportion of U.S. adults considered eligible for hypertension treatment would decrease from 40.6 percent under the old guidelines to 31.7 percent under the new recommendations.

New guidelines that ease the recommended blood pressure could result in 5.8 million U.S. adults no longer needing hypertension medication, according to an analysis by Duke Medicine researchers. 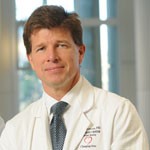 The findings are the first peer-reviewed analysis to quantify the impact of guidelines announced in February by the Eighth Joint National Committee. In a divisive move, the committee relaxed the blood pressure goal in adults 60 years and older to 150/90, instead of the previous goal of 140/90.

Blood pressure goals were also eased for adults with diabetes and kidney disease.

“Raising the target in older adults is controversial, and not all experts agree with this new recommendation,” said lead author Ann Marie Navar-Boggan, a cardiology fellow at Duke University School of Medicine. “In this study, we wanted to determine the number of adults affected by these changes.”

Researchers at the DCRI, in collaboration with McGill University, published their results online in the Journal of the American Medical Association to coincide with the American College of Cardiology meeting in Washington, D.C.

Researchers used 2005-2010 data from the National Health and Nutrition Examination Survey (NHANES) conducted by the Centers for Disease Control and Prevention. The database included more than 16,000 participants with blood pressure measurements.

Based on the study sample, the researchers determined that the proportion of U.S. adults considered eligible for hypertension treatment would decrease from 40.6 percent under the old guidelines to 31.7 percent under the new recommendations.

“The new guidelines do not address whether these adults should still be considered as having hypertension,” Navar-Boggan said. “But they would no longer need medication to lower their blood pressure.”

According to the study, one in four adults over the age of 60 is currently being treated for high blood pressure and meeting the stricter targets set by previous guidelines.

“These adults would be eligible for less intensive blood pressure medication under the new guidelines, particularly if they were experiencing side effects,” Navar-Boggan said. “But many experts fear that increasing blood pressure levels in these adults could be harmful.”

“This study reinforces how many Americans with hypertension fall into the treatment ‘gray zone’ where we don’t know how aggressive to treat and where we urgently need to conduct more research” said Eric D. Peterson, MD, professor of medicine and director of the DCRI (pictured).

Navar-Boggan said that even under the newer, less stringent guidelines, an estimated 28 million U.S. adults with hypertension still have uncontrolled blood pressure, and over half of them remain untreated.

“Uncontrolled hypertension is a huge missed opportunity for prevention of cardiovascular diseases such as stroke and heart attack,” Navar-Boggan said.

In addition to Navar-Boggan and Peterson, study authors include Michael J. Pencina of Duke, Ken Williams of KenAnCo Biostatistics and Allan D. Sniderman of McGill University.

The DCRI funded the study, along with grants from M. Jean de Granpre and Louis & Sylvia Vogel.