December 4, 2017 – The full results of the study will be submitted to a peer-reviewed journal.

Attention-deficit hyperactivity disorder (ADHD) affects 11 percent of school-aged children in the U.S. and often leads to behavioral, academic and social challenges. A new study suggests a digital treatment in the form of a video game specifically designed to improve attention could hold potential as a future treatment for the condition.

Scientists from the DCRI designed and led the 20-site, 350-patient study to determine whether children ages 8 to 12 with ADHD benefited from the treatment from Akili Interactive Labs, Inc., in which users race through a course, dodge obstacles and capture rewards to advance to the next level. 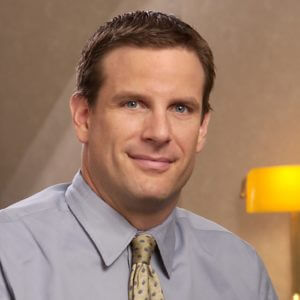 The company publicly disclosed initial data on Dec. 4. An initial analysis shows that children who received the treatment performed better on an attention test after four weeks compared to children who played a game designed as a comparative control. The company announced it plans to submit the digital treatment, currently titled AKL-T01, to the U.S. Food and Drug Administration for review as an approved medical device to treat ADHD in children.

“Software or game companies have marketed products they say can improve attention, but to date, none of these products have gone through the rigorous testing required by the FDA to become an approved treatment for ADHD,” said principal investigator Scott Kollins, PhD (pictured), a member of the DCRI and director of the ADHD program at the Duke University School of Medicine.

“This study represents, to my knowledge, the largest and most rigorous evaluation of a digital medicine,” he said. “Continued work on this approach could mean that in a few years, doctors could be prescribing a therapeutic video game to improve a patient’s ADHD symptoms.”

Although initial results are promising, the full study data require in-depth analyses, which researchers plan to present at an upcoming scientific conference and submit to a peer-reviewed medical journal, Kollins said.

AKL-T01, delivered on a tablet children could use at home, requires quick reaction time and decision-making and increases in difficulty in response to the player’s skills. According to designers, it targets parts of the prefrontal cortex that assist in cognitive control and are believed to be deficient in ADHD.

Children who underwent treatment showed a statistically-significant improvement compared to a control group on the Test of Variables of Attention (T.O.V.A.®), an FDA-cleared test to measure attention and impulse control. Participants, who were not receiving drugs or other therapies, took the test before using the device and again after four weeks. One participant withdrew from the study early, while 11 others reported the side effects of headaches and frustration, but no serious adverse events were reported.

Participants were also evaluated using other methods to detect improvements in their attention and behavior, but differences between treatment and control groups on these measures were not statistically significant, the researchers said.

“This study demonstrates just how fast medical care and clinical research are changing,” said Eric Peterson, MD, MPH, executive director of the DCRI. “While digital medicine represents a promising approach to treat many conditions, these treatments need to be rigorously tested and proven, just like other drug and device therapies.”

Currently, pharmaceutical drugs and behavioral therapy for families are the only evidence-based treatments available for ADHD, but these treatments may not be effective for all patients and access to providers can be limited. An innovative digital treatment could fill these gaps for many families, Kollins said.

“However, future testing of digital technologies is needed to better define in whom they can work best and how long they are needed to gain their maximal effect,” Kollins said.

Families seeking information on future clinical trials for children and adults with ADHD can find resources on the Duke Health website.